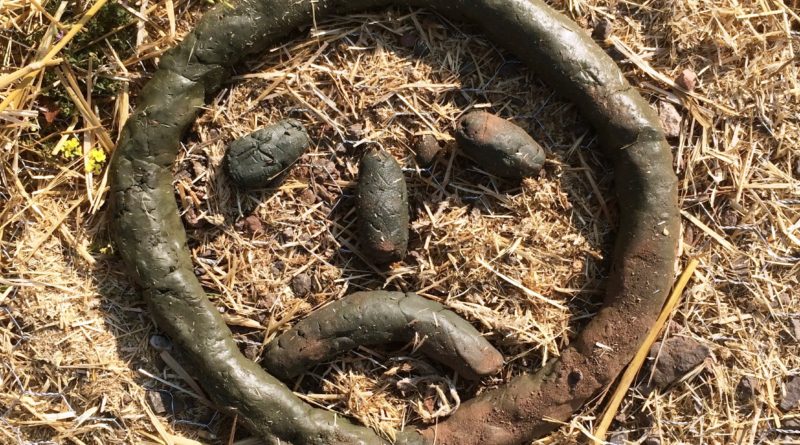 Two entrepreneurs discover the smelly side of the gig economy.

In July of 2016 two witty marketing professionals created a slick website and a polished video announcing a new on-demand service called “Pooper.” The Pooper app would allow dog owners to use a smartphone to post a picture and location of their dog’s poop after it was deposited, and a gig-economy worker would come around and pick it up so they didn’t have to. Pooper instantly got loads of press. The creators, Ben Becker and Elliott Glass gave interviews and wrote press releases touting the convenience of their new service.

Although some reporters were skeptical of the truthfulness of the promotions, many sites carried the news as fact. After a couple of weeks, one of the founders, Ben Becker confessed in the middle of an interview with business magazine Fast Company that the whole thing was a hoax:

“Pooper is in fact a piece of art that is satirizing our
app-obsessed world. Specifically, the increasing reliance on the
gig-based economy to do stuff for us that we could easily do for ourselves.”

Given the proliferation of app-based services that will deliver a burrito to your home, shampoo your hair and apply makeup at office or home, the teasing was certainly timely, if not overdue. Some in the press wrung their hands and apologized for not seeing through the spoof even when the service’s motto was “ Your pet’s poop in someone else’s hands.” But most saw it as a good laugh.

Pooper’s satire target was the slice of society that found these sort of non-critical conveniences relevant, if not desirable. But in addition to their clientele base of pet owners willing to let other people take care of an unpleasant aspect of pet ownership, Pooper had a second, darker clientele and another proposition: It offered work to others willing to pick up dog poop while driving their own car or riding a bike. And here is the surprise lesson of Pooper: To the pair’s surprise, more people signed up to pick up poop than to enroll their pets in the service. It turned out that the Pooper experiment graphically pulled back the covers on the smelly side of the “gig-economy.”

Around the world gig-economy workers are protesting poor pay and work conditions. Additionally, they are generally classified as independent contractors and they decry the lack of the social safety net that is  provided regular employees worldwide.

Web based reporting and opinion pieces citing their discontent are often followed by free-market comments that if the job is not fair, then the workers should just quit. Such callousness ignores the essential need of workers to provide for themselves and for many, gig economy work is the only real opportunity they have.

The tech revolution is struggling with the same issues brought up by the industrial revolution 150 years ago. Steam and gasoline engines, along with an explosion of mechanical devices brought work to many who had formerly struggled to feed themselves in an agrarian centered world. Quickly, families put their children to work, endured long daily shifts, worked 7 days a week and frequently operated dangerous equipment. We all know the immediate benefits that trains, steamships and manufactured goods brought at the time. In many parts of the world, the beneficiaries of the revolution looked away when presented with evidence of worker exploitation. New Zealand was the first country to enforce a minimum wage for its workers in 1894, but it took over 40 years for the same protection to come to the U.S.

In 1938 the U.S. adopted the broad set of regulations known as the Fair Labor Standards Act which provided national standards for wages, overtime and more. Today, proponents of the gig-economy use buzzwords like “innovation”, “disruption” and “new economy” to argue for the waiver of these “outdated rules” that provide for fundamental protections like minimum wage and workplace protections.

The important Pooper lesson is that there will always be someone to do the work, regardless of the nature of the work or the level of compensation offered. People simply do not have a choice to work or not, they must. Providing food and shelter for one’s self is not the same as choosing whether to order a latte’ vs a cappuccino.

Work opportunities in undeveloped and developing countries frequently involve unethical tasks or deplorable work environments. Unfortunately, the dividing line between work opportunities in developed vs undeveloped countries becomes blurred when established workplace rules and protections disappear.  Increasingly, workers in  the developed world that are  single parents, people with disabilities, or have language handicaps find gig-economy work to be a unique solution to either an immediate budget crises or personal schedule constraints. And for many other workers unable to find any steady job, gig work is the last available choice for supporting themselves.

Most new gig-economy jobs classify workers as “independent contractors”, and avoid minimum wage, overtime, sick pay and all important workers compensation coverage to handle the consequences of workplace injuries. Additionally , many of the gig economy jobs involve taking on the costs and risks that a regular employer would normally bear. Workers are required to supply a vehicle for driving passengers, bikes to deliver packages, and cleaning supplies and tools for housework, the list goes on. For many, the full costs are not understood at the time of hiring and then accrue over time. Once the investments are made and workers see the reality of the job, they find themselves in a position of being unable to quit. 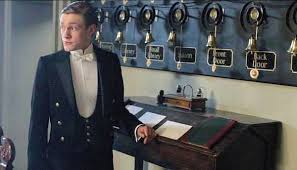 Wireless devices, the internet, and GPS tracking have now created an electronic version of the industrial revolution.  Combined, they create many new opportunities and have ushered in an era of greater convenience for a wide swath of services. The old 19th century system of wired bell pulls for summoning servants is now being replaced with convenient wireless apps in a smartphone. But without protection for the workers brought in to do the tasks, the gig economy threatens to turn the clock back to the inequalities of the Victorian era of servants and their wealthy hosts. Furthermore, in many instances, the new gig economy jobs replace jobs that have fair wages and worker protections with unprotected, substandard wage jobs which furthers today’s rapid acceleration of income disparity.

The upside of gig economy work, a dilemma for all of us.

Part time and flexible schedule work provides an important source of income for many on the fringe of economic stability. News stories and interviews with gig-economy workers provide a glimpse into the world of workers caught by circumstance or disabilities. One story is of an Uber driver whose husband became disabled. She reported that she worked long shifts both weekend evenings every month and realized she netted only $5.00 per hour after expenses. But that $400 a month extra allowed them to pay their mortgage and keep a roof over their head. Another rideshare driver had a rare skin disease with unpredictable outbreaks which kept her from regular scheduled work. Because her gig economy job allowed her to make her own schedule, she was still able to make some income between outbreaks.

Certainly gig-economy jobs have unique benefits like flexible schedules, but those benefits do not excuse the  harm caused by substandard wages, physical and economic risk, and the lack of social safety net benefits. The gig economy has certainly proven that it is easy to attract workers to this flexible model but regulations need to be in place to keep them from being exploited like their 19th century predecesors.

Messrs. Becker and Glass did us a favor by  exposing the social disconnect between customers and the on-demand workers in the gig economy. Now we have to set some standards so that everyone is a recipient of the benefits of this second industrial/tech revolution.